The applications are limitless with Mutoh’s ValueJet 628 printer. At just 24 inches wide, the VJ 628 fits into any size print shop. You can easily and efficiently create a variety of applications including stickers, decals, banners, indoor and outdoor signage.

What are Eco-Solvent Inks?

Eco-solvent inks have their colours suspended in a mild biodegradable solvent, which means that the ink has virtually no odour as they don’t contain as many volatile organic compounds. They’ve been around since the early 2000s and originally were designed for general signage work. The lack of smell is a real plus point for eco-solvent inks. In some solvent inks not only do you get a strong smell during the printing process, meaning you need to consider the placement of your printer, but they can also leave an odour on the printed material itself. This can rule out printing onto material which will be displayed or used indoors. Not so with the eco-solvent inks. 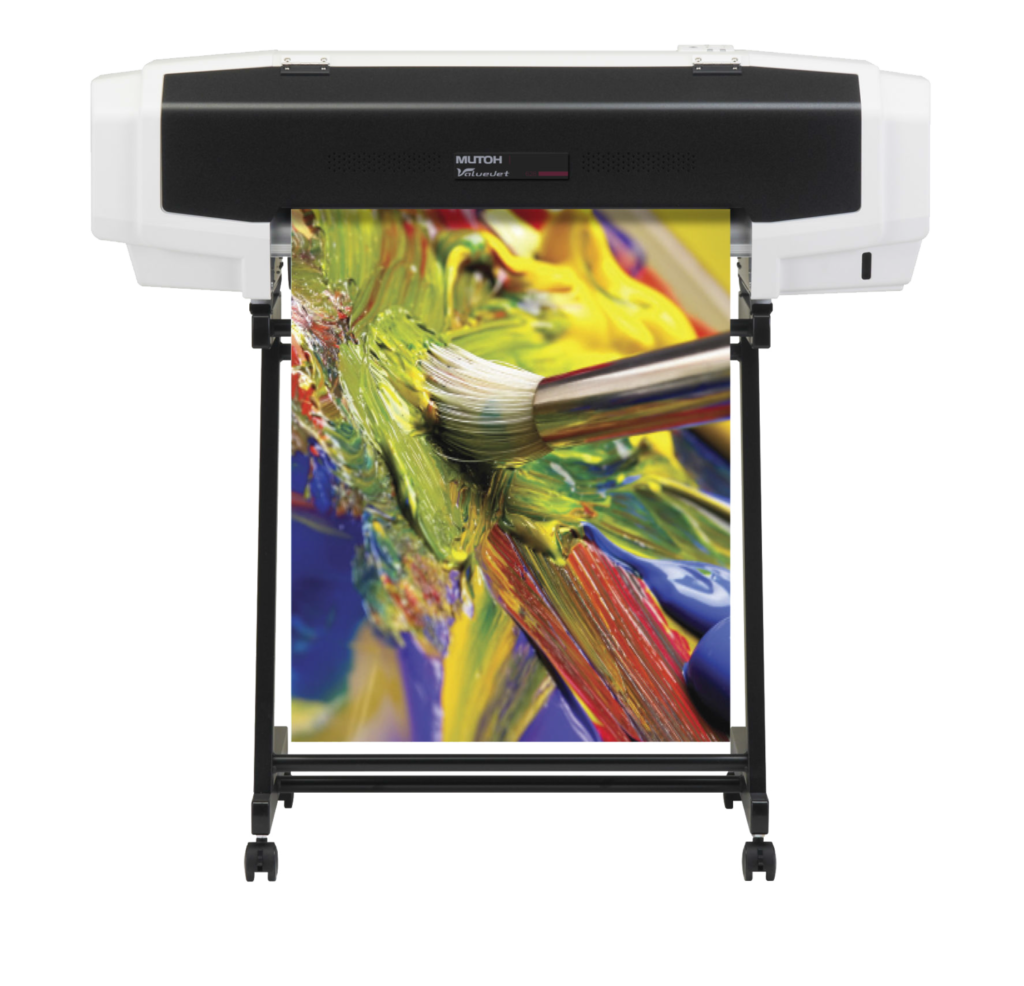 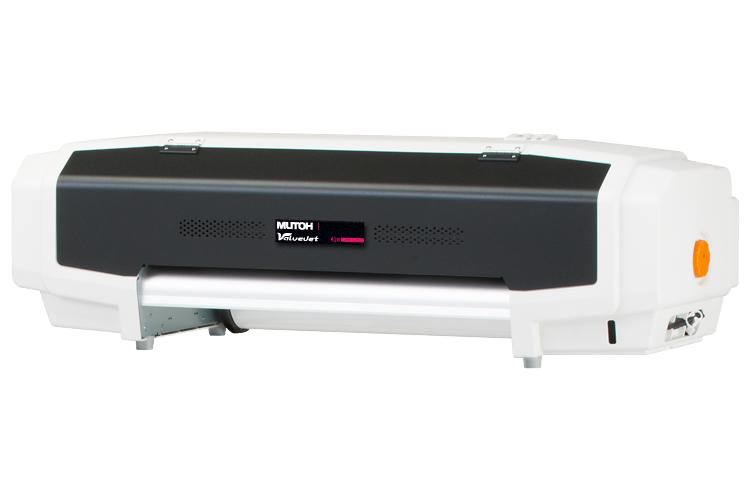 You can even print directly onto Eco-solvent heat transfer vinyls to create custom t-shirts and apparel. The printer fits easily onto a table or optional stand for your use. With a low price point and perfect size, the VJ 628 is the best option for anyone entering the wide-format marketplace or wanting to expand their applications.

Revolutionary 1440 dpi Print Head on Board

A revolutionary variable drop piezo print head is at the heart of the VJ-628’s stunning performance. This 1440-nozzle head comprises four colour sections. Each colour section has 360 nozzles, or two 180 nozzle rows per colour. Because all colour sections are united in one head, there is no need for time-consuming head-tohead calibration routines. The print head can produce ink drops ranging from 3.5 pl to 35.2 pl. Bottom line, it can produce a wider range of ink dots, which are moreover jetted at a much faster speed compared to other print heads on the market. The result is faster output speeds and a much better print quality at higher output speeds.

Mutoh Eco Ultra Inks are by far the most popular inks on the market for outdoor sign applications on a wide range of uncoated and coated substrates. The inks are based on non-aggressive solvents and do not spread any harmful VOCs in the working environment. Available in easy-to-use cartridges, Eco Ultra inks are Mutoh’s third generation of eco inks providing rich ink density and featuring improved ink fixation, better drying, higher print speeds and improved scratch resistance. Prints made with Eco Ultra inks are water resistant and offer an outdoor UV-resistance for up to three years outdoors*.

The ValueJet 628 can handle 2” and 3” (core size) rolls. The machine incorporates two heater zones with heating elements located under the platen and post printing, to control ink fixation and drying of the prints. The VJ-628 printer using Eco Ultra ink is ideally suited to deliver top quality images when printing directly onto a wide range of low-cost standard available uncoated PVC, banner and soft-sign materials as well as for coated substrates. The printer comes as a desktop printer with integrated roll holders for media rolls up to 9 kg.

Maximize your Profit with Mutoh Intelligent Interweaving (i²) Print Technology

The ValueJet 628 printer incorporates Mutoh’s award-winning Intelligent Interweaving (i²) print technology, enabling a drastic reduction or even total elimination of the typical difficulties inherent to conventional digital inkjet printing, such as horizontal banding, step mismatch banding and the visible effects of missing or misfiring nozzles. One of the biggest benefits of this proprietary Mutoh print technology is that it offers predictable and repeatable output quality, therefore bringing an unprecedented level of peace of mind to the printer operator. ValueJet printer users will be able to print ideal quality images fit for purpose every time, in the shortest possible time.

Rapid return on investment is available to beginners as well as skilled operators. The combination of affordable pricing, ease of use with consistent high-quality output, hardly any periodic maintenance required, flexibility for switching quickly between print jobs and low ink consumption (average 8 ml/m² on uncoated PVC) means the ValueJet 628 printer will swiftly turn investment into profit.

See more reasons why we love the Mutoh VJ-628

Why the Mutoh VJ-628 offers true Print AND Cut flexibility

There are combination printer / cutters available, often promoted as a Print Cut solution. The reality is that they are a Print OR Cut proposition. They can’t print and cut at the same time – the job is printed first and then must be reloaded (often after the print job has properly out gassed or has been laminated) so it can be cut. This can waste valuable print time. Standalone cutters are also much faster, as they are ‘purpose built’ for cutting. This means they are much faster than printer mounted cutters and offer a broader range of features. Whilst it may be true that having a combined printer / cutter can save on a small amount of floor space, the reality is that you are sacrificing the far greater production capacity that a standalone printer and separate cutter will offer. A standalone printer can be printing one job, whilst the cutter is cutting the job that has been laminated from yesterday – or this morning’s new (non-printed) vinyl job. A standalone printer and cutter combination will allow far greater volume to be produced and as your business grows, you will appreciate the productivity, flexibility, and scalability of a standalone solution from Mutoh & Astech Solutions.